Gray is better when he's in metaphysical territory, and when he's demolishing the cherished views of philosophers before him. His chapters on 'The Human' and 'The Deception' are masterful, and every ... Read full review

Probably unfair, but as soon as Gray described evolution as 'blind chance,' which is to say, 3 pages in, I put it down. Evolution lacks a telos, yes; it's nonhierarchical, yes; but it does not proceed ... Read full review

A regular contributor to The New York Review of Books, John Gray is the author of Black Mass, among other books. He is currently a professor of European thought at the London School of Economics. 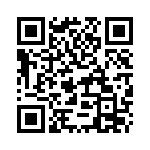