Page 52
Nonetheless , the decades of the revolutionary crisis and its immediate aftermath
do indeed witness the emergence of an indigenous English rationalism which
has , as its major intellectual spokesman , the poet John Milton . This is not , of ...
Page 118
Indeed , the notion of God as an agency within this world enters into Miltonic
theology at only one major point . The active role of the deity is , in fact , taken by
the Son , who is , significantly , defined in relatively limited , circumscribed terms .
Page 150
... of defeats and setbacks , the notion of the interrelatedness of triumph and
tragedy , but which nonetheless retains at its core both the major rationalist
categories themselves and a conception of historical progress . In his last speech
... 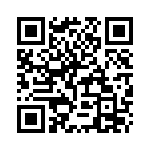