Page 261
Maria had returned from Brighton; and her father, not doubting it himself,
informed her, that her old playfellow Charles was about to marry Lucy Dornton; at
the same time mentioning the liberal present intended by Lord Boningale. Maria
in the ...
Page 262
MALVINA. vington and her father. “It is plain ... “But never let it be at the sacrifice
of your own, Maria,” said her father. “It is the ... After a short time the disappointed
fathers separated, Mr. Lavington strongly urging his Lordship to pardon his son.
Page 481
... such as we witness continually, particularly among the higher classes. Lord
Tavenier, a widower, an ambitious *aracter, yet a tender and excellent father, has
two daughters of very opposite dispositions, Blanche, a striking beauty, is volatile,
... 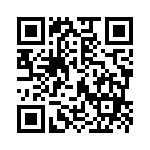