Rowena Loverance is the head of e-learning at the British Museum, a Visiting Research Fellow at Kingâe(tm)s College London, and the coeditor of the Bulletin of British Byzantine Studies. 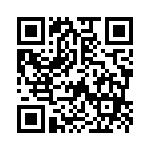