Andrew Whitley is a leading authority on organic baking and food issues. After studying Russian at Sussex and Moscow, he joined the BBC Russian Service, where he made programmes about the emerging 'environmental crisis'. He left London in 1976 to grow his own food on an organic smallholding in Cumbria, and went on to found The Village Bakery, which has won a string of awards, culminating in the Organic Trophy. Andrew has been an occasional contributor to the Radio 4 Food Programme and has written on bread and related matters for specialist journals. He is chair of the Soil Association's Processing Standards Committee and a trustee of Voluntary Action Cumbria, the local Rural Community Council in Cumbria. 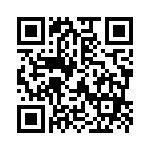