It's Amateur Night on the international intrigue stage, as perennial bestseller Archer (As the Crow Flies, etc.) shows Saddam Hussein's henchmen grooming an actor to take the place of the President so ... Read full review

While the idea of Saddam Hussein making a plan to steal the original Declaration of Independence using the services of the Mafia and the Mafia executing the plan is preposterous, it happens to be the ... Read full review

Jeffrey Archer was educated at Oxford University. He has served five years in Britain's House of Commons and fourteen years in the House of Lords. All of his novels and short story collections--including And Thereby Hangs a Tale, Kane and Abel, Paths of Glory and False Impression--have been international bestselling books. Archer is married with two sons and lives in London and Cambridge. 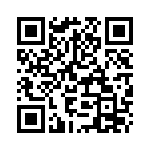