Jim Napolitano earned an undergraduate Physics degree at Rensselaer Polytechnic Institute in 1977, and a PhD in Physics from Stanford University in 1982. Since that time, he has conducted research in experimental nuclear and particle physics, with an emphasis on studying fundamental interactions and symmetries. He joined the faculty at Rensselaer in 1992 after working as a member of the scientific staff at two different national laboratories. He is author and co-author of over 150 scientific papers in refereed journals.

Professor Napolitano maintains a keen interest in science education in general, and in particular physics education at both the undergraduate and graduate levels. He has published a textbook, co-authored with Adrian Melissinos, on Experiments in Modern Physics. Prior to his work on Modern Quantum Mechanics ,Second Edition, he has taught both graduate and upper-level undergraduate courses in Quantum Mechanics, as well as an advanced graduate course in Quantum Field Theory. 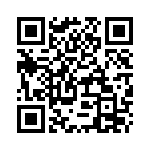