Some attempts to explain William Gass: i) I put him in the same category as Burton, Shakespeare and Joyce. If you disagree now, wait until I'm done, when you'll disagree even more: these four men ... Read full review

Amazing. It takes the arc of modern history and the tip of the holocaust to see if we can still offer context and meaning to the traumas of our childhood. Read full review

William Howard Gass was born in Fargo, North Dakota on July 30, 1924. During World War II, he served as an ensign in the Navy. He received an A.B. in philosophy from Kenyon College in 1947 and a PhD in philosophy from Cornell University in 1954. He taught at several universities including The College of Wooster, Purdue University, and Washington University in St. Louis. He wrote novels, collections of short stories and novellas, and collections of criticism. His novels included Omensetter's Luck, Middle C, and The Tunnel, which received the American Book Award. His other works of fiction included In the Heart of the Heart of the Country, Willie Master's Lonesome Wife, Cartesian Sonata and Other Novellas, and Eyes: Novellas and Stories. His collections of criticism included Tests of Time; A Temple of Texts, which won the 2007 Truman Capote Award for Literary Criticism; and Habitations of the Word and Finding a Form, which both won the National Book Critics Circle Award for Criticism. His essay collections included Fiction and the Figures of Life, The World Within the Word, and Reading Rilke. He died from congestive heart failure on December 6, 2017 at the age of 93. 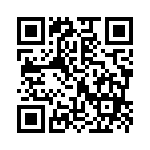