Ann Radcliffe was born Ann Ward in England on July 9, 1764. She was the only child of William Ward and Anne Oates Ward. In 1788 she married William Radcliffe. They had no children. Ann published The Castles of Athlin and Dunbayne in 1789. Other works include A Sicilian Romance, The Romance of the Forest, The Mysteries of Udolpho, and The Italian. She found much success with The Romance of the Forest and it established her as a Gothic novelist. Her later novels influenced other authors including Jane Austen, Sir Walter Scott, and Mary Wollstonecraft. She died on February 7, 1823 from respiratory problems. 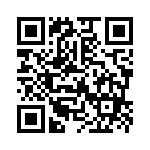