Contrary to expectation, neither of these two books from prominent members of South Africa's writerly community concerns the craft of fiction or even things literary; they tend much more to social and ... Read full review

Nadine Gordimer was born in Gauteng, South Africa on November 20, 1923. She attended the University of Witwatersrand, Johannesburg, South Africa for one year. She is a novelist and short-story writer whose major theme is exile and alienation. Her first short story collection, The Soft Voice of the Serpent, was published in 1952 and her first novel, The Lying Days, was published in 1953. Her other short story collections include Jump, Why Haven't You Written: Selected Stories 1950-1972, and Loot. Her other novels include A World of Strangers, A Guest of Honour, Burger's Daughter, July's People, A Sport of Nature, My Son's Story, None to Accompany Me, The Pickup, and Get a Life. She has received numerous awards including the Booker Prize for The Conservationist in 1974, the Nobel Prize for Literature in 1991, and the French Legion of Honour in 2007. She died on July 13, 2014 at the age of 90. 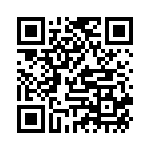