Moshe Feldenkrais (1904–1984) was a distinguished scientist, physicist, and engineer. After suffering a crippling injury, he began an intense study of the relationship between bodily movement and healing that culminated in the Feldenkrais Method®.

Judo master Gunji Koizumi was the founder of the Budokai and a pioneer of judo in Europe.

Michel Brousse,a seventh-degree black belt, teaches the cultural history of sport and the didactics of judo at Bordeaux University in France. He is the author of numerous books and articles on these subjects. A former member of the French national judo team, he currently serves as Research Director of the International Judo Federation.

Moti Nativ is a Feldenkrais Method® practitioner and martial artist. He leads the Bujinkan Shiki (Awareness) Dojo with branches throughout Israel and holds seminars in Israel, the U.S., Europe, and Japan. 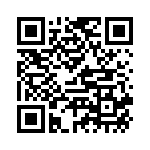