Abraham "Bram" Stoker (8 November 1847 - 20 April 1912) was an Irish novelist and short story writer, best known today for his 1897 Gothic novel Dracula. During his lifetime, he was better known as personal assistant of actor Henry Irving and business manager of the Lyceum Theatre in London, which Irving owned. Early life Stoker was born on 8 November 1847 at 15 Marino Crescent, Clontarf, on the northside of Dublin, Ireland. His parents were Abraham Stoker (1799-1876), from Dublin, and Charlotte Mathilda Blake Thornley (1818-1901), who was raised in County Sligo. Stoker was the third of seven children, the eldest of whom was Sir Thornley Stoker, 1st Bt. Abraham and Charlotte were members of the Church of Ireland Parish of Clontarf and attended the parish church with their children, who were baptised there. Stoker was bedridden with an unknown illness until he started school at the age of seven, when he made a complete recovery. Of this time, Stoker wrote, "I was naturally thoughtful, and the leisure of long illness gave opportunity for many thoughts which were fruitful according to their kind in later years." He was educated in a private school run by the Rev. William Woods. After his recovery, he grew up without further major health issues, even excelling as an athlete (he was named University Athlete) at Trinity College, Dublin, which he attended from 1864 to 1870. He graduated with honours as a B.A. in Mathematics. He was auditor of the College Historical Society ('the Hist') and president of the University Philosophical Society, where his first paper was on "Sensationalism in Fiction and Society." Early career Stoker became interested in the theatre while a student through a friend, Dr. Maunsell. He became the theatre critic for the Dublin Evening Mail, co-owned by the author of Gothic tales Joseph Sheridan Le Fanu. Theatre critics were held in low esteem, but he attracted notice by the quality of his reviews. In December 1876 he gave a favourable review of Henry Irving's Hamlet at the Theatre Royal in Dublin. Irving invited Stoker for dinner at the Shelbourne Hotel where he was staying. They became friends. Stoker also wrote stories, and in 1872 "The Crystal Cup" was published by the London Society, followed by "The Chain of Destiny" in four parts in The Shamrock. In 1876, while a civil servant in Dublin, Stoker wrote a non-fiction book (The Duties of Clerks of Petty Sessions in Ireland, published 1879), which remained a standard work. 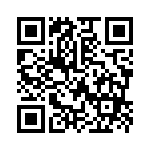