Sri Dharma Mittra is one of the most accomplished yogis in the West. He has spent most of his life serving humanity, helping students achieve radiant health and spiritual development through yoga practice. Dharma was born in 1939 in the state of Minas Gerais, Brazil. In 1964, following a career in the Brazilian Air Force, he moved to New York City to study yoga with his teacher Sri Swami Kailashananda, also known as Yogi Gupta. After intense study and practice of the eight limbs of yoga, he was accepted into the family of Bramacharia as a sannyasin — one who renounces the world in order to realize God. In 1975 he left his guru's ashram to found the Yoga Asana Center of New York City, now know as the Dharma Yoga Center. Dharma has initiated tens of thousands of people into yoga practice, and has taught many well-known yogis practicing today. He is known as "the Teacher's Teacher" and "the Rock of Yoga." He lives in New York City. 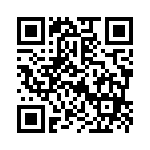