Elizabeth Wilmshurst CMG is Associate Fellow in International Law, at Chatham House (the Royal Institute of International Affairs) and a visiting professor at University College, London University. She was a legal adviser in the United Kingdom diplomatic service between 1974 and 2003, during which time she was the Legal Adviser to the UK mission to the United Nations in New York between 1994 and 1997. She is a co-author of An Introduction to InternationalCriminal Law and Procedure (2nd ed. Cambridge, 2010) and a co-editor of Perspectives on the ICRC Study on Customary International Humanitarian Law (Cambridge, 2007). 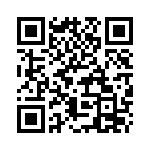