Page 96
Both the Elite and the Victoria Picture House not only continued to show silent
films, but actively and unembarrassingly identified themselves as 'The Silent
House' in their adverts and listings in the papers. Furthermore, on 29 October
1929, ...
Page 104
In the 1920s, the Elite on Upper Parliament Street had fulfilled this function, but
was quickly eclipsed by the Ritz. In part, this was due to the fact that the Ritz
belonged to a local chain, County Cinemas, while the Elite was independently
owned.
Page 115
The first adverts, of course, simply advertised the novelty of sound so that the
Hippodrome announced an 'all talking, all singing, all dancing' programme8 and
the Elite referred to Careers and Love's Test as 'all talking, all drama'.9 However,
... 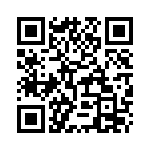