Kristina Spohr is associate professor of International History at the LSE. German-Finnish by birth, she studied at the University of East Anglia, Sciences Po Paris, and Cambridge University, and also worked for a year in the NATO Secretary General's Private Office in Brussels. Her publications include The Global Chancellor: Helmut Schmidt and the Reshaping of the International Order (2016); Germany and the Baltic Question after the Cold War: The Development of a New Ostpolitik, 19892000 (2004); and At the Crossroads of Past and Present: Contemporary History and the Historical Discipline (co-editor, 2011). Her TV credits as presenter of historical documentaries for the German station ZDF include the five-part Geheimnisse des Kalten Krieges (2015) and Helmut Schmidt (2016). David Reynolds is professor of International History at Cambridge and a Fellow of Christ's College. He was elected a Fellow of the British Academy in 2005. He is the author of eleven books and three edited books, including The Long Shadow: The Great War and the Twentieth Century (2013), winner of the Hessell-Tiltman Prize, and Summits: Six Meetings that Shaped the Twentieth Century (2007). In Command of History: Churchill Fighting and Writing the Second World War (2004) was awarded the Wolfson Prize. He has also written and presented thirteen historical documentaries for BBC TV, as well as the award-winning Radio 4 series 'America, Empire of Liberty'. 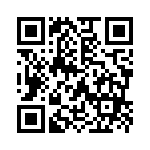