Marcello Musto teaches at the Department of Political Science of York University (Toronto, Canada) and is the editor of Karl Marx's Grundrisse: Foundations of the Critique of Political Economy 150 Years Later (Routledge, 2008). 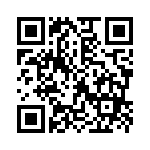