The contemporary classic the New York Times Book Review called “a thought-provoking [and] perceptive guide,” Who Wrote the Bible? by Richard E. Friedman is a fascinating, intellectual, yet highly ... Read full review

“The question, after all, is not only who wrote the bible, but who reads it.” In “Who Wrote the Bible” by Richard Elliott Friedman Some of the texts date to 400 AD or later, such as the second half of ... Read full review

Richard Elliott Friedman is one of the premier bible scholars in the country. He is the Ann & Jay Davis Professor of Jewish Studies at the University of Georgia and the Katzin Professor of Jewish Civilization Emeritus of the University of California, San Diego. He is the author of Commentary on the Torah, The Disappearance of God, The Hidden Book in the Bible, The Bible with Sources Revealed, The Bible Now, The Exile and Biblical Narrative, the bestselling Who Wrote the Bible?, and his newest book, The Exodus. He was an American Council of Learned Societies Fellow and was elected to membership in The Biblical Colloquium. His books have been translated into fourteen languages. 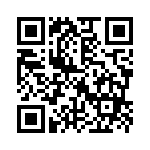