Stewart Cooke is a teacher in the Department of English at Dawson College, Montreal, and Associate Director of the Burney Centre. He has edited a Norton Critical Edition of Burney's first novel Evelina and co-edited her Complete Plays and volumes 3 & 5 of her Early Journals and Letters. He is the Managing Editor of The Burney Journal and Vice-President of the Burney Society (North America). 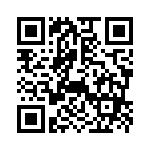