John Allett is an associate professor in the division of Social Science at York University. Previously, he was an assistant professor in Political Studies at Trent University. 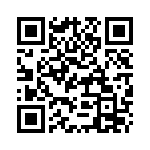