Ken Jones is a Professor in the Department of Education atKeele University. 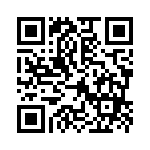