Examines how extreme athletes have pushed human achievements further and faster than anytime in previous history by achieving "flow" or the mental state of being completely in the moment & having ... Read full review

THE RISE OF SUPERMAN: Decoding the Science of Ultimate Human Performance

Every kind of human performance—a record-breaking athletic feat, a major scientific breakthrough, a stunning jazz solo—is made possible by tapping into an elusive and extraordinary state of ... Read full review

Steven Kotler is a best-selling author, award-winning journalist and director of research for the Flow Genome Project. His books include Abundance, A Small Furry Prayer, and West of Jesus. His articles have appeared in New York Times Magazine, Wired, GQ, Outside, Popular Science, Men's Journal and Discover. He lives in New Mexico with his wife, the author Joy Nicholson. 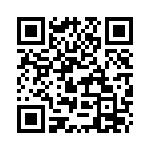