Very readable and highly recommendable, incorporating scholarly precision with down-to-earth Christian faith. A pleasure and a blessing to read! Thank God for biblical scholars and Churchmen like ... Read full review

An excellent answer by the most prominent figure in Christendom to the proponents of the historical-critical method and their false assumptions. Powerful. Read full review

JOSEPH RATZINGER, Pope Benedict XVI, born in 1927 in Germany, was head of the Roman Catholic Church from 2005 to 2013. A prolific author, theologian and university professor, Ratzinger served as an "expert" at the Second Vatican Council, and was tapped in 1977 by Pope Paul VI to lead the German Archdiocese of Munich and Freising. In 1981, Pope John Paul II called him to Rome to head the Vatican's Congregation for the Doctrine of the Faith, where he served until his papal election. 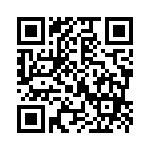