DEGREES KELVIN: A Tale of Genius, Invention, and Tragedy

Noted science writer Lindley (Boltzman's Atom, 2001, etc.) chronicles the life of an eminent Victorian scientist, in his time considered second only to Newton.The author picks up the career of William ... Read full review

The author has done a fine job in bringing this man, William Thomson (Lord Kelvin) to life. He was one of the primary movers of the scientific world of the Victorian era, and much can be learned of ... Read full review 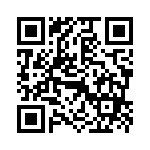