Page 5
As a result we now have some fine examples of how local newspapers can
enrich our understanding of the past. Temple Patterson in his political history of
Radical Leicester (Leicester, 1956) has given us a first-class example of what
can be ...
Page 8
From 1793 to 1803 Benjamin Flower, a radical Unitarian, published the
Cambridge Intelligencer. From the outset, by using the editorial, he sought to
instruct public opinion on the major issues of his day — the war, the reform of
parliament and ...
Page 9
Confronted with falling sales in the 1830s, the radical editor Henry Hetherington
promised that his Twopenny Dispatch would abound in 'Police Intelligence, in
Murders, Rapes, Suicides, Burnings, Maimings, Theatricals, Races, Pugilism and
... 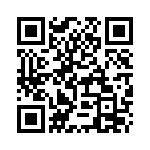