Page 80
Yet , given the reality that a number of children were deprived and neglected and the shortage of sympathetic officials , who could in any case have done little about the causes of such deprivation , it is difficult to known what ...
Page 166
The nature and causes of deprivation varied between declining and expanding areas and over time . Unemployment itself was a major cause of poverty , palliated to some degree by unemployment benefits , yet it became clear from ...
Page 375
... 24 low pay , 148ff .; as major cause of poverty , 214 ; criticism of , after surveys , 214 MacDonald , Ramsay , 178 ; doc 7 Maclean , Sir Donald , 139 ; Report , medical service , deficiency in school , 195 medicine ,. 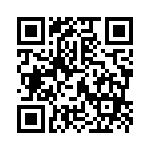