Presented by Vishwajeet Kumar Singh, MA(LIN), ivth sem, JNU.
Gender in Translation: Cultural Identity and the Politics of Transmission
Sherry Simon. Routledge. 196. $83.95 cloth, $26.95 paperREVIEW
Gender Translation, by Sherry Simon is a master work along the lines of any investigation done on Cultural Identity and the Politics of Translation. It is divided into five sections. A largely theoretical first chapter examines the project of ‘feminist translation’ as it developed in Canada in the 1970s and 1980s when experimental feminist texts from Quebec were translated into English.
The book begins with a deep cry for justice for female world, building up the proposition on the notion of Translation and feminist Theory supporting with details taken from previous such works in the annals of the Feminist History. Sherry Simon digs in the very base of the carrier i.e. the language of any sexist bias and explores it with all possible tools to expose the underlying notions of patriarchy and anti-feminist celebration.
The Book begins examining how the translation and feminist theory are relegated to the bottom of the social ladder. It investigates the processes though which translation has come to be “feminized”. It attempts to trouble the structures of authority, which have maintained such association. Thus, she questions the notion of “fidelity” and introduces the situation under which women got the little space in the world of Men, and that too with humiliation.
It is obviously a ground breaking work leading to important areas of translation and feminist theory i.e. filling up the gaps (intentional or unintentional) between the two lines of thought projecting translation to be secondary and original to be primary, thus manly.
The preface itself is a declaration of her war where she makes the point:--
“Feminism has been responsible for creating new intellectual and cultural communities, just as it injected new ideological tensions into longstanding practices like Bible translation.”(Viii)
--and reveals the content and intent of the work, which has been very intricately woven around the organic atoms of the thought and proposition of the author.
The First chapter touches on feminist theories of language, on the traditionally sexist metaphorics of translation, and on the ‘abusive’ use of language by feminist writers such as Nicole Brossard and Louky Bersianik and their translators, Barbara Godard, Susanne de Lotbiničre-Harwood, and Howard Scott. It also develops the seminal notions of the translator's subjectivity and ‘positionality’ as important factors in the productive and creative labour of re-writing.
The final chapter explores the forms, which an alliance between translation studies and cultural studies could take. Following recent feminist theory, this section projects gender onto the larger canvas of cultural identity issues. She declares :--
“Gender is an element of identity and experience which, like other cultural identities, takes form through social consciousness.”
Each of the Chapters investigates one area of the interplay between gender and translation, but makes no claim to exhaust this area. While the first and last chapters are largely theoretical in nature, the three middle chapters are intended as case studies probing useful material for research purpose.
Finally her claim, “gender is never a primary identity” emerging out of the depths of the self, but a discursive construction, proves to have sustained through the work.
Since, “translations communicate, re-write, manipulate a text in order to make it available to a second language public, so they can use language as cultural intervention, as part of an effort to alter expressions of domination, whether at the level of concepts, of syntax, or of terminology” (1.8); they must work to split out the hidden voices in the text and do justice to the underprivileged and neglected.” 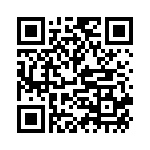