I did not like this book at all. I thought it was pretty insane but I like the fact that the author went to so much trouble not to use the letter 'e'. That's the only reason I gave the book 3 stars ... Read full review

As a translation, brilliant. As a story, just okay, but worth it. Writing a book with such a void is no small task, and both author and translator pull it off with aplomb. Playful and curious from start to finish. Read full review

Georges Perec was born in Paris on March 7, 1936 and was educated in Claude-Bernard and Geoffroy-Saint-Hilaire. Perec was a parachutist in the French Military before he began publishing his writing in magazines like Partisans. Perec also wrote the book, Life: A Users Manual. Perec is noted for his constrained writing: his 300-page novel La disparition (1969) is a lipogram, written without ever using the letter "e". Perec won the Prix Renaudot in 1965, the Prix Jean Vigo in 1974, the Prix Médicis in 1978. Georges Perec died on March 3, 1982.

Gilbert Adair was born in Edinburgh, Scotland on December 29, 1944. He wrote numerous books during his lifetime including A Night at the Pictures, Myths and Memories, Hollywood's Vietnam, Flickers, and Surfing the Zeitgeist. His novels, Love and Death on Long Island and The Dreamers, were adapted into films, the later by Adair himself. He also helped write the screenplays The Territory, Klimt, and A Closed Book. He won the Author's Club First Novel Award for The Holy Innocents in 1988 and the Scott Moncrieff Translation Prize for his book A Void in 1995. During the 1990s, he wrote a regular column for the Sunday Times. He died in early December 2011 at the age of 66. 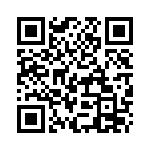