Andrew Norman was born in Newbury, Berkshire, in 1943. Having been educated in Zimbabwe and Oxford, he qualified in medicine at the Radcliffe Infirmary. From 1972 to 1983, Norman worked as a general practitioner in Dorset before a spinal injury cut short his medical career. He is now an established writer whose published works include biographies of Thomas Hardy, Adolf Hitler, Agatha Christie, Enid Blyton, Sir Arthur Conan Doyle, Robert Mugabe and Charles Darwin. 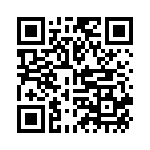