Moreno Giovannoni is the author of the critically acclaimed The Fireflies of Autumn and a freelance translator of long standing. His essay “The Percheron” was published in Southerly and selected for The Best Australian Essays 2014. He was recipient of the prestigious Deborah Cass Prize in 2016.

Veronica “Veci” Carratello is a freelance comics artist, author, and illustrator based in Italy. She graduated from art school in Novara and later earned a comics certificate at the International School of Comics in Turin. Carratello works on illustrations for children’s books, magazines, and comics and teaches graphic novel studies at the Academy of Fine Arts and Media in Novara. Her books have been published around the world. 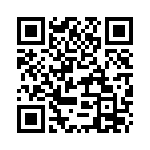