And wanted to see how Ms de Beauvoir treated it in her fiction. Reading this semi-autobiographical novel did give me a look at a practical application of that philosophy. Oh, and it's also a very ... Read full review

I kept noticing that Francoise and Pierre are always dissing Xaviere, most of the time behind her back. But the evidence that Xaviere reciprocates back to the evil pair is quite sparse. Or maybe I ... Read full review

Simone de Beauvoir, 1908 - 1986 Simone de Beauvoir was born January 9, 1908 in Paris, France to a respected bourgeois family. Her father was a lawyer, her mother a housewife, and together they raised two daughters to be intelligent, inquisitive individuals. de Beauvoir attended the elementary school Cours Desir in 1913, then L'Institute Sainte Nary under the tutelage of Robert Garric, followed by the Institute Catholique in Paris, before finally attending the Sorbonne, where she graduated from in 1929. It was there that she met the man who would become her life long friend and companion, John Paul Sartre, who contributed to her philosophy of life. She is perhaps best know for her novel entitled "The Second Sex", which describes the ideal that women are an indescribable "other", something "made, not born", and a declaration of feminine independence. After graduating from the Sorbonne, de Beauvoir went on to teach Latin at Lycee Victor Duruy, philosophy at a school in Marseilles, and a few other teaching positions before coming to teach at the Sorbonne. During the course of her twelve years of teaching, from 1931 to 1943, de Beauvoir developed the basis for her philosophical thought. She used her formal philosophy background to also comment on feminism and existentialism. Her personal philosophy was that freedom of choice is man's utmost gift of value. Acts of goodness make one more free, acts of evil decrease that selfsame freedom. In 1945, de Beauvoir and Sartre founded and edited Le Temps Modernes, a monthly review of philosophical thought and trends. In 1943, with the money she had earned from teaching, de Beauvoir turned her full attention to writing, producing first "L'Envitee", then "Pyrrhus et Cineas" in 1944. In 1948, she wrote perhaps her most famous philosophical work, "The Ethics of Ambiguity". "The Second Sex", regarded by many as the seminal work in the field of feminism, is her most famous work. Other works include "The Coming of Age", which addresses society's condemnation of old age, the award winning novel "The Mandarins", "A Very Easy Death", about the death of her mother and a four part biography. In "The Woman Destroyed", a collection of two long stories and one short novel, de Beauvoir discusses middle age. One of her last novels was in the form of a diary recording; it told of the slow death of her life-long compatriot, Jean Paul Sartre. On April 14, 1986, Simone de Beauvoir, one of the mothers of feminism, passed away in her home in Paris. 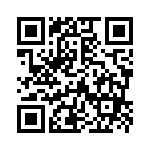