Erich Maria Remarque was born Erich Paul Remark on June 22, 1898 in Germany. He was drafted into the German Army at the age of 18. He was assigned to the Western Front and later moved to the 15th Reserve Infantry Regiment. He was wounded by shrapnel in the left leg, right arm and neck, and was moved to an army hospital in Germany where he spent the rest of the war. After the war, he continued his teacher training and became a primary school teacher. He also began pursuing his writing career. He started writing essays and poems and his first novel, The Dream Room. When he published All Quiet on the Western Front, Remarque changed his middle name in memory of his mother and reverted to the earlier spelling of the family name. The original family name, Remarque, had been changed to Remark by his grandfather in the 19th century. All Quiet on the Western Front was written in 1927, but Remarque was unable to find a publisher. The novel was published in 1929 and described the experiences of German soldiers during World War 1. His other works include: Station at the Horizon, The Road Back, Three Comrades, Flotsam, and Shadows in Paradise. Erich Remarque died in 1958 of heart collapse brought on byan aneurysm. 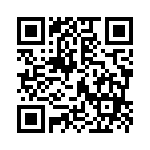