Page 91
ARTICLE II — Continued . resident , and not elsewhere , for all officers that now
are or hereafter may be elective by the people , and upon all questions which
may be submitted to the vote of the people , provided however that a citizen by ...
Page 92
ARTICLE II - Continued . valuable thing as a compensation or reward for the
giving or withholding a vote at an election , or who shall make any promise to
influence the giving or withholding any such vote , or who shall make or become
directly ...
Page 932
( Vote cast at a special election February 17 , 1931 , to fill unexpired term of John
F. Quayle , who died Nov. 27 , 1930. ) Matthew COUNTIES . Leonard Greenstone
, Rep . David M. Cory , Soc . O'Malley , Dem . Blank . Total . Part of Kings . 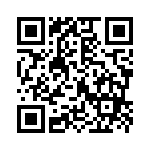