Robert Hay lives on Lismore and is one of the curators of the island museum (Ionad Naomh Moluag). As a professional agricultural and environmental scientist, most recently at the Swedish University of Agricultural Sciences, he has a particular interest in the history of land use. In 2005 he published Lochnavando No More: The Life and Death of a Moray Farming Community 1750-1850 and he has contributed to the forthcoming Agriculture volume of Scottish Life and Society: A Compendium of Scottish Ethnology, published by John Donald. 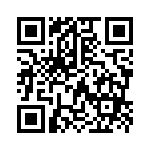