Shakespeare Our Contemporary by Jan Kott. 1964. Read in March 2009. This book is one of the most important ever written about Shakespeare. First published in Polish in the 1960's it brought a ... Read full review

Jan Kott was a theater critic, scholar, and dramaturge. The author of Shakespeare, Our Contemporary, he was heavily influenced by Greek tragedy, the plays of modernists SI Witkiewicz and Slawomir Mrożek, as well as the theater of Tadeusz Kantor and Jerzy Grotwoski. Born in Warsaw in 1914, Kott was drafted in 1939 to serve in the Polish army in World War II. After teaching for some years at the University of Wroclaw and the University of Warsaw, he traveled to the United States on a Ford Foundation Scholarship in 1965. There he held visiting professorships at Yale, UC Berkeley, and Louvain. Rather than return to the political turmoil of Poland, he was granted asylum in the US, became a full-time professor at the State University of New York at Stony Brook, and became an American citizen a decade later. He died in 2001. 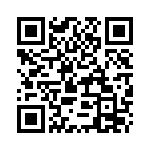