One of historys greatest publications easier to read than one would think. If you understand the magnitude of Darwins discoveries then you will surely appreciate this book. Read full review

I have read this book many times and I will read it again and again... Read full review 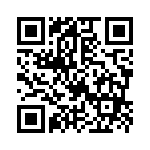