Penny Schine Gold is Professor of History at Knox College. She is coauthor of The Chicago Guide to Your Academic Career: A Portable Mentor for Scholars from Graduate School through Tenure, author of The Lady and the Virgin: Image, Attitude, and Experience in Twelfth-Century France, and coeditor of Cultural Visions: Essays in the History of Culture. 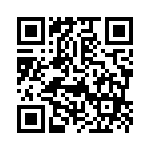