Steven Rosefielde is Professor of Economics at the University of North Carolina, Chapel Hill, and Adjunct Professor of Defense and Strategic Studies, Center for Defense and Strategic Studies, Southwest Missouri State University, Springfield. The author or editor of eleven books on Russia and the Soviet Union, including Russia in the 21st Century (Cambridge University Press, 2005), he is also a member of the Russian Academy of Natural Science. Professor Rosefielde has served as a consultant to the Office of the Secretary of Defense and advised several directors of the US Central Intelligence Agency and the US National Intelligence Council. Professor Rosefielde has also worked with the Swedish Defense Agency and the Central Economics and Mathematics Institute (Moscow) for more than a quarter century and with the Center for Defense and Foreign Policy (Moscow) for more than a decade.

D. Quinn Mills has held the Albert J. Weatherhead, Jr. Chair in Business Administration at Harvard Business School since 1976. He was previously a professor at the Sloan School of Management at MIT. Professor Mills is the author of more than 25 books on leadership and management, including the forthcoming Human Resources Management (2006), Principles of Management (2005), Wheel, Deal, and Steal: Deceptive Accounting, Deceitful CEOs, and Ineffective Reforms (Financial Times/Prentice Hall, 2003), and Buy, Lie, and Sell High: How Investors Lost Out on Enron and the Internet Bubble (Financial Times/Prentice Hall, 2002). He has been a corporate or executive education consultant to more than a dozen Fortune 500 companies and in nearly 20 countries, as well as to the US Government's Fannie Mae program. 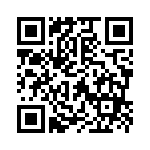