On,14/5/2015, 4Stars, Review from I.Silva, YoutubeVlogger,Blogger,Nationalist,Commentator-Birmingham U.K on Peter Fryers' ''Staying Power-the History of Black People in Britain''
This Graphical Blueprint on the Historical&Present Day,Social&International Stratospheric Events of Early Black Britain,completely Removes any notion From Previous Intelligencia University Debaters&U.K Historians that The Black U.K Presence arrived as Late as 1960 Upwards, after the II World War,this extended Piece takes Apart the Merits of any Previous Doubt,of the Undoubted Historical&Continued,Incredible Contributions to this Countries D.N.A, in Particular England/Anglia
This Damning&well Written Masterpiece,will go down in Black U.K History&an almost Forgotten Black U.K History at That Just as Many other afrikan Nations,Internationally&Historically Black History has Wantonly been Omitted from Nearly every Text we can Think of &Some to Most Religious texts,per se' The Same.
being from &was Born in Birmingham U.K of West Jamaican &Possibly Other forced blood Heritage
in this Book where Fryer Goes onto Explain Birmingham U.K's Involvement in U.K Slave trading
he states, Quote-''Birminghams Factories & Gumakers By the End of the 1700's Exported Approx
20,000,000 [Million] ,Guns to Slave Traders,in or Heading to Afrika'', [Was Severe & Alarming news to Read],as Im Sure Roads in this City have even been Named after those ''Gunmakers'' Birmingham Factory Quarters ''Gunmakers Walk'' as we are aware, Most roads in this country are/Were Slave trader Owned,Or Named With Greek Names When the Romans conquered &Ruled this U.K Realm.. & That Birmingham's Gunmaking Factories, Also Armed, French,Portugese and other European slave traders,With Musket Style Guns, that In truth Looked Impressive,But were totally Harmless to some extent,as they were Poorly Made &Would Explode in a Slave traders Hand.Politically this Book Proves beyond all reasonable doubt That The continous, racial Propaganda, That is Meted out to Long standing historical Immigrants to this Rock,Is Wholly Falsified to a Great Extent,& That it is Media Propaganda has a Very clever &Intricate Knack of Making the Natives of the U.K Today, Turn against& Villify Immigrants. Systematically,Simultaneously,Beyond all Reasonable Doubt, it has been Afrikan/Black People who have Created the Bulk of this Nations wealth. [a MUST-Read

Peter Fryer wrote Rhythms of Resistance: African Musical Heritage in Brazil and Black People in the British Empire. He died in 2006, shortly after being awarded the Knight's Cross of the Order of Merit of the Republic by the Hungarian president for his reporting of the Hungarian revolution in 1956. 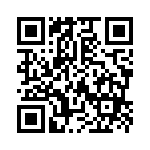