THE LOST GOSPEL OF THE EARTH: A Call for Renewing Nature, Spirit, and Politics

California state senator and former radical activist Hayden's (Reunion, 1988, etc.) prescription for our environmental malaise calls for a reinfusion of the spiritual to heal the divide between humans ... Read full review

A longtime activist, environmentalist, and politician argues that the displacement of tribal religions by monotheism contributed to the environmental crisis. Hayden explores ways people can again live in kinship with a sacred natural world. Read full review

Thomas Emmet Hayden was born in Royal Oak, Michigan on December 11, 1939. He received a bachelor's degree in sociology from the University of Michigan at Ann Arbor in 1961 and did graduate work there in 1962 and 1963. While a student, he was a co-founder of the Students for a Democratic Society, participated in sit-in protests and voter registration drives in the South, and joined the Freedom Riders on interstate buses in the South. In 1968, he helped plan antiwar protests in Chicago to coincide with the Democratic National Convention, which resulted in a riot. He was a defendant in the Chicago Seven trial. He was a peace activist who went to Hanoi and escorted American prisoners of war home from Vietnam. In 1974, he and his then wife Jane Fonda traveled across Vietnam and talked to people about their lives after years of war. They produced a documentary film entitled Introduction to the Enemy. He eventually became a politician and author. He was an assemblyman in the California Legislature in Sacramento from 1982 to 1992 and a state senator from 1993 to 2000. He wrote several books including The Other Side, Rebellion in Newark, Trial, Reunion, and Listen Yankee!: Why Cuba Matters. He died on October 23, 2016 at the age of 76. 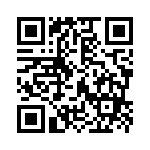