James Tyler, lute player and musicologist, is Professor of Music and Director of the Early Music Performance Programme at the University of Southern California, Thornton School of Music. He was a member of The Early Music Consort of London, the Julian Bream Consort, and Founding Director ofthe London Early Music Group, and has toured extensively throughout the world as a performer, also making several recordings. His books include The Early Guitar: A History and Handbook (OUP 1980), and (with Paul Sparks) The Early Mandolin (OUP 1989), and he contributed many articles to the revisededition of the New Grove Dictionary of Music and Musicians (Macmillan 2000). Paul Sparks, a perfomer and musicologist specializing in plucked string instruments, was awarded a doctorate at City University, London, for his thesis on the 18th-century Neapolitan mandolin. As a mandolin player andguitarist he has worked with most leading British orchestras, and in his numerous recitals (including several for BBC Radio 3) he has endeavoured to rehabilitate forgotten items from the 18th-century repertoire. He is the co-author (with James Tyler) of The Early Mandolin (OUP 1989), author of TheClassical Mandolin (OUP 1995), and a contributor to The Classical Guitar: A Complete History (Balafon 1997) and to the revised edition of the New Grove Dictionary of Music and Musicians (Macmillan 2000). 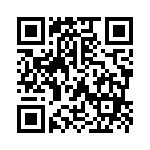