Celeste Schenck teaches Renaissance literature, critical theory, and women's poetry at Barnard College. She is cofounder of &"Women's Poets at Bernard,&" a series of readings and publications featuring the work of new women poets, general coeditor of &"Reading Women Writing,&" a series in feminist criticism published by Cornell University Press, and coeditor of Life/Lines: Theorizing Women's Autobiography (1988). She is presently writing a book on women poets and the politics of genre. 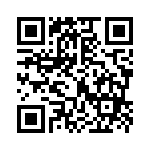