Jeremy Bentham was born in London, on February 15, 1748, the son of an attorney. He was admitted to Queen's College, Oxford, at age 12 and graduated in 1763. He had his master's degree by 1766 and passed the bar exam in 1769. An English reformer and political philosopher, Bentham spent his life supporting countless social and political reform measures and trying as well to create a science of human behavior. He advocated a utopian welfare state and designed model cities, prisons, schools, and so on, to achieve that goal. He defined his goal as the objective study and measurement of passions and feelings, pleasures and pains, will and action. The principle of "the greatest happiness of the greatest number," set forth in his Introduction to the Principles of Morals and Legislation, governed all of his schemes for the improvement of society, and the philosophy he devised, called utilitarianism, set a model for all subsequent reforms based on scientific principles. Bentham also spoke about complete equality between the sexes, law reform, separation of church and state, the abolition of slavery, and animal rights. Bentham died on June 6, 1832, at the age of 84 at his residence in Queen Square Place in Westminster, London. He had continued to write up to a month before his death, and had made careful preparations for the dissection of his body after death and its preservation as an auto-icon. 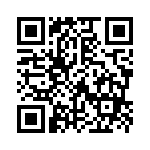