Page 26
The conflict in which a knight overcame a dragon , a lion , or some other beast is
well known as a conventional incident in the medieval romances . Such conflicts
in the romances belong to a literary tradition which goes back to the Hebrew Old
...
Page 27
for help , killed a fearful dragon . In this fight , Sir Beues became unmistakably the
champion of Christendom , of goodness and right , against the dragon , the
symbol of paganism and the forces of evil . In fact , Sir Beues is called " pe knizt of
...
Page 44
and the dolphin , of the dragon who rescued his deliverer from danger , of the lion
who returned kindness for kindness , and others which Pliny vouches for . " 86
Thomas Wilson , in his Arte of Rhetorique ( 1553 ) , defines a “ Similitude ” as “ a
... 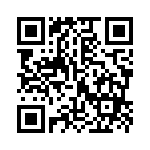