Andrea Mura is a Lecturer in Comparative Political Theory at Goldsmiths, University of London, UK. He has published widely in the fields of political philosophy, psychoanalysis and comparative political thought, with attention to areas of contemporary applied relevance such as citizenship, migration, borders and the role of religion and global capitalism in contemporary Europe and the Middle East. 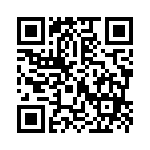