Adam Hochschild was born in New York City in 1942. As a college student, he spent a summer working on an anti-government newspaper in South Africa and worked briefly as a civil rights worker in Mississippi in 1964. He began his journalism career as a reporter at the San Francisco Chronicle. Then he worked for ten years as a magazine editor and writer, at Ramparts and Mother Jones, which he co-founded. He has also written for The New Yorker, Harper's Magazine, The New York Review of Books, The New York Times Magazine, and The Nation. His first book, Half the Way Home: A Memoir of Father and Son, was published in 1986. His other books include The Mirror at Midnight: A South African Journey; The Unquiet Ghost: Russians Remember Stalin; Finding the Trapdoor: Essays, Portraits, Travels; King Leopold's Ghost: A Story of Greed, Terror, and Heroism in Colonial Africa; Bury the Chains: Prophets and Rebels in the Fight to Free an Empire's Slaves; and To End All Wars: A Story of Loyalty and Rebellion, 1914-1918. He teaches writing at the Graduate School of Journalism at the University of California, Berkeley. 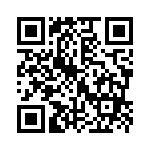