Kevin Denys Bonnycastle (1956-2011) was an assistant professor in the Department of Sociology and Criminology at St. Mary's University. 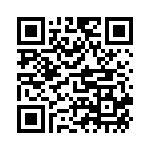