Philip J. Havik received his PhD in Social Sciences from Leiden University, The Netherlands. He is Senior Researcher at the Instituto de Higiene e Medicina Tropical (IHMT/UNL), and Assistant Professor at the Faculty of Social Sciences and Humanities (FCSH/UNL) of the Universidade Nova in Lisbon. His multidisciplinary research centres on public and international health, tropical medicine, colonial administration, post-colonial states, economic development, female entrepreneurship and cultural brokerage, with a special focus on Portuguese speaking Africa and Guinea Bissau in particular.

Malyn Newitt taught at the universities of Rhodesia and Exeter, where he became Deputy Vice Chancellor. From 1998 until he retired in 2005, he was the Charles Boxer Professor of History at King’s College London. A specialist in Portuguese colonial history, he is the author of Portuguese Settlement on the Zambesi, Portugal in Africa, São Tomé and Príncipe with Tony Hodges, History of Mozambique, East Africa (Portuguese documents in translation), A History of Portuguese Overseas Expansion and War, Revolution and Society in the Rio de la Plata. 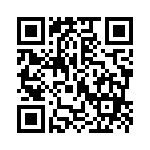