Stephen Baker was BusinessWeek's senior technology writer for a decade, based first in Paris and later New York. He has also written for the Los Angeles Times, Boston Globe, and the Wall Street Journal. Roger Lowenstein called his first book, The Numerati, "an eye-opening and chilling book." Baker blogs at finaljeopardy.net. 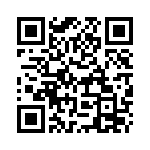