Antoinette Burton is a historian of 19th and 20th century Britain and its empire. She teaches at the University of Illinois, Urbana-Champaign, where she is Bastian Professor of Global and Transnational Studies. Trained as a Victorianist, she has written on topics ranging from feminism and colonialism to the relationship of empire to the nation and the world. The recipient of a John Simon Guggenheim fellowship in 2010-11, she is currently engaged in a comprehensive study of empire on the ground in the 19th century. 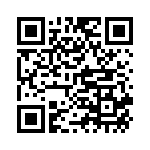